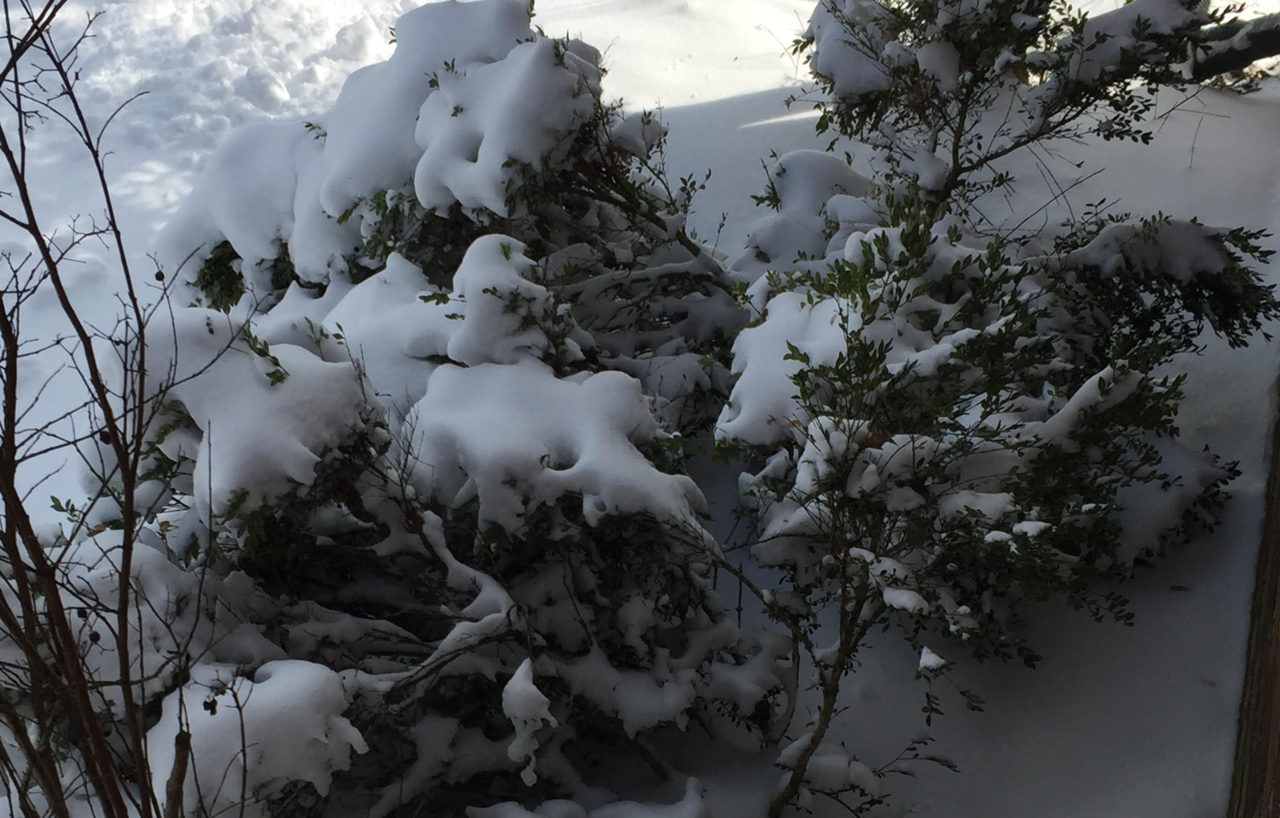 Can You Give Me a Lift? 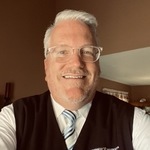 Stir-crazy after a significant snowfall kept us home-bound for two days, I decided to venture out to uncover our cars. Clearing a path from the porch to the driveway, I then began to push the snow off the cars and shovel it into the yard. While I worked my way to the street, my wife alerted me to the fact that our dog, Sophie, was peering through the storm door glass pathetically whining. Since the sidewalk and part of the drive were now cleared, I brought the dog out, assuming she would hang out in that area enjoying the sun and the snow. Bounding to the bottom of the steps, Sophie instead jumped into the deep snow and began to frantically sniff. Picking up the scent of an animal, she began to tug on the lead, dragging me with her to the side of the house.

As we rounded the corner, I noticed that many of the bushes were bent over with the heavy snow. Some of the branches were bent so far down that their leaves touched the ground. Afraid they might snap, I came along side of the branches and gently lifted them up. As I pushed off the snow, many of the bushes immediately perked up. Others appeared to react a little more slowly to this new-found freedom.

Though our dog lost the scent that prompted this snowy escapade, we continued walking around the exterior of the house. As I surveyed the stretch of snow-burdened bushes that surrounded my back deck, the story of the bent over woman in Luke 13 unexpectedly came to mind.

I walked over to the deck and gently brought my arm underneath a bent-low branch. As I brushed off the snow, I began to recall details of the story: “Oh, yes,” I thought. “That’s the woman who was unable to stand up straight for 18 years.” The Scripture explains, “ When Jesus saw her, he called her over and said, ‘Dear woman, you are healed of your sickness!’ Then he touched her, and instantly she could stand straight. How she praised God!” (Verse 12). A face-full of snow snapped me back to the present as the freshly-freed branch sprung to a standing position.

As I worked my way around the deck, lifting each branch and easing the snowy burden, I couldn’t help but think of many in my sphere of relationships bent over, burdened by heavy circumstances.

In this simple act of coming alongside the burdened and extending an upholding arm, I sensed the Father’s heart. Psalm 145:14 articulates it beautifully saying, “The LORD supports all who fall down and straightens up all who are bent low” (CEB). And therein, a fresh call, not just for me, but also for all of us. Isaiah 35:3-4 says “Strengthen the weak hands, and support the unsteady knees. Say to those who are panicking: “Be strong! Don’t fear! Here’s your God… God will come to save you” (CEB).

Have you seen someone “fall down”? Is there someone who is “bent low” by heavy circumstances? Perhaps this is God’s nudge to “Help each other to stand firm in the faith every day, while it is still called ‘today’” (Hebrews 3:13 J.B. Phillips Translation).

[Want to more consistently encourage those around you? Purchase 31 Days of Encouragement. With the unique "tear and share" feature, you can creatively offer inspiration to uplift those around you!]